Ryse: Son of Rome (previously known as Codename Kingdoms and Ryse) is a third-person hack-and-slash video game developed by German studio Crytek and published by Microsoft Studios as an Xbox One exclusive game, however it was also released for PC in 2014. It is directed and produced by Cevat Yerli, the founder of Crytek.

Ryse: Son of Rome's gameplay revolves around the control of a Roman general named Marius Titus. Titus is an experienced combat general, who leads squads of Roman infantry across the battlefield. Titus is able to give commands to his legion. Quick Time Events can be used to execute finishing moves during combat. Battlefields can contain more than 100 characters on screen at any time.

There will be a co-operative multiplayer mode that allows players to fight in gladiator-style coliseum matches. Up to two players team up to fight waves of enemies in front of thousands of spectators.

The Kinect will be utilized to use gestures and voice commands to offer commands to the Titus' legion. Commands such as firing pilums or arrows, charging and holding your ground, as well as blocking incoming attacks can be given to surrounding units.

Ryse: Son of Rome is set in an alternate version of Rome. The game's tutorial section depicts Marius Titus (voiced by John Hopkins) leading the defense of Rome against oncoming Celtic barbarians led by Boudica (Rachel McDowall). Marius hands a small, nondescript sack to a subordinate with the instructions to display it from an elevated position, then helps secure the Roman emperor, Nero (Sebastian Abineri), in a private safe room. At the emperor's behest he begins to tell his story; the rest of the game is an extended flashback depicting Marius' story up to this point.

Marius begins his story as a soldier having just successfully completed his training, who is about to leave Rome to serve his duty in the relatively sedate II Legion, holding a post in peaceful Alexandria. Just before his deployment, he enjoys a return to his family in Rome and the adulation of his father Leontius (Nick Brimble), a former general and current member of the Roman Senate. Marius' visit is cut short by a barbarian incursion; a running battle through the streets of Rome results in the death of his parents and younger sister. Commander Vitallion, a friend and former comrade of the slain Leontius, transfers Marius to his XIV Legion and promises Marius vengeance for his murdered family. Vitallion leads the XIV Legion to Britannia, but the fleet is ambushed off the coast; Marius leads the counter-attack, rallying the surviving Roman troops and nearly single-handedly preventing the destruction of the remainder of the fleet, which impresses Vitallion. Marius is promoted to Centurion.

After receiving reports of a rebellion at York, Marius heads north to aid the defeated legion stationed there. Upon capturing King Oswald and his daughter Boudica, Basillius, the son of the Emperor, reveals that his brother Commodus (Gerald Kyd) has been captured by the barbarians, whose whereabouts are unknown. Basilius, threatens and forces King Oswald into revealing the location of Commodus, who has been traded to the fearsome men north of Hadrian's Wall. Basilius orders Vitallion and Marius to retrieve him. After crossing the border into Caledonia, the party is ambushed, Vitallion is taken hostage by barbarians, and Marius is separated from his legion. Marius makes his way into the enemy camp, freeing and rallying captured Roman soldiers along the way. He kills the barbarian leader Glott and rescues Commodus and Vitallion from being burned inside a giant Wicker man.

Commodus continues to intimidate Oswald and murders him, causing a breakdown in negotiations. Meanwhile, Marius realizes that the band of barbarians he encountered years ago had invaded Rome and slain his father at Nero's instigation as a means of eliminating a political rival. Furthermore, the Celts, led by a just-escaped Boudica, lay siege to York, with XIV Legion tasked with defending it until Commodus can escape. In the end, Marius sacrifices himself to buy time for the final ships to sail, but is resurrected by the goddess Summer, who tasks him with taking on the mantle of Damocles, a legendary Roman general who was abandoned to his enemies for political expediency. In that guise, Summer tells him to avenge his family and comrades, and save Rome.

"Damocles" takes advantage of Emperor Nero and his sons' interest in the gladiator sports, and enters the gladiatorial ludi to confront Nero and his sons directly. His demonstration of martial skill gains him the sponsorship of Nero's son Basilius and Marius is then able to slay Basilius during a private audience, where he is also informed by a captive Oracle Priestess that Nero can only be killed by his own sword. After this, Marius confronts Commodus in the Colosseum itself, emerging victorious after a series of unfair battles. As "Damocles" and Nero jointly call for each other's deaths, Marius escapes, meeting up with Vitallion. According to Vitallion, Boudica has gathered enough barbarian support to storm Rome itself. Vitallion agrees to help Marius put an end to Nero's destructive rule. Their efforts are successful, but Vitallion is slain by Boudica during the attack. Marius takes up the command and defeats her in turn, though his victory is tempered by their shared realization that they are both victims in Nero's power plays.

This brings Marius to the "present day" of the game's narrative: he gives the small sack, containing Boudica's severed head, to his subordinate, escorts Nero to his safe room, and tells his tale. Nero, who has since deduced that Marius is Damocles, flees deeper into his bolt hole. As Marius gives chase, he is temporarily distracted by Aquilo, the god of the north wind, who has been aiding Nero and whose stated goal is to cause the collapse of Rome. He is then mortally wounded by Nero and his elite guard, who were waiting to ambush him. However, Summer helps Marius claim the victory and Marius tosses both Nero and himself off a parapet, where Nero is impaled on the sword of his own statue, fulfilling the Oracle's prophecy. Marius falls to the ground and dies from his wounds as Summer and Aquilo both vanish.

The story ends with the barbarians retreating from Rome, disheartened by the loss of their leader and with Marius being posthumously hailed as a hero for his efforts to fend off their attacks.

During the Microsoft Press Conference at E3 2011, Ryse was announced among other Xbox 360-exclusive titles. The announcement entailed a pre-rendered trailer with minor gameplay footage.

In June 2012, Phil Spencer, corporate VP of Microsoft Studios, maintained that the game was still in development. When asked whether it was still a Kinect game, Spencer replied "Kinect will be part of the game, absolutely" leading to speculation that it was no longer a Kinect-only game, and was instead part of the "Better with Kinect" series of Xbox 360 games.

In May 2013, after the announcement of the Xbox One, Ryse was confirmed to be an exclusive for the new console.

In June 2013 at the E3 Microsoft Conference, Crytek showed a gameplay video. Kinect is no longer part of the active combat but has a diminished role by providing squad commands through speech and gesture.

The SmartGlass incorporates a few additional features into Ryse:

Ryse: Son of Rome received a handful of free and paid Multiplayer DLC. A free update adds two new level events to Gladiator mode, including spawning enemy turrets and deity statues that can increase the player's health and focus bar.

The Colosseum Pack is a paid DLC pack ($3.99) that is included in the Season pass, and adds two new arenas into the mix. Henge, a forest shrine and Ascension, an arena in Hades' underworld. The pack also includes Commodus and Centurion avatar skins. 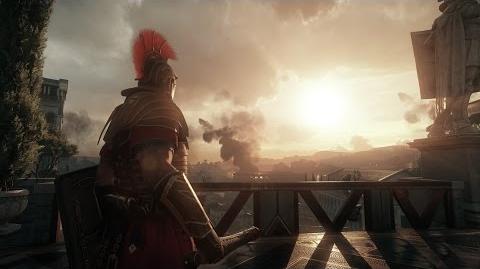 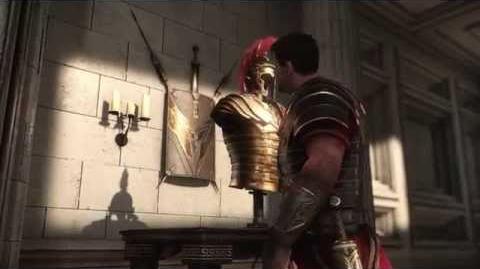 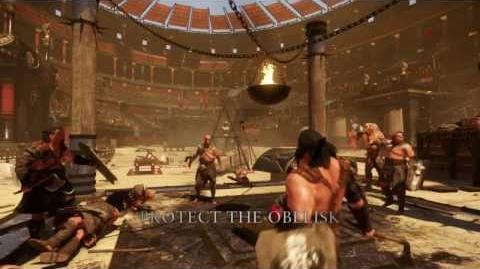 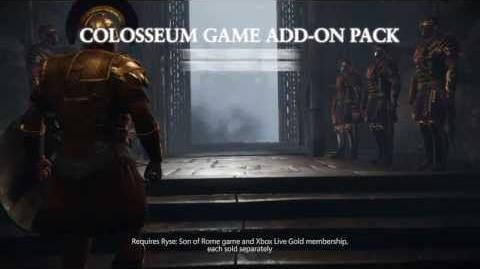 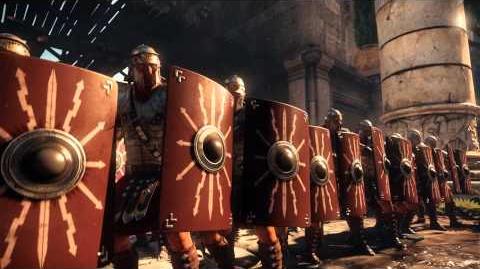 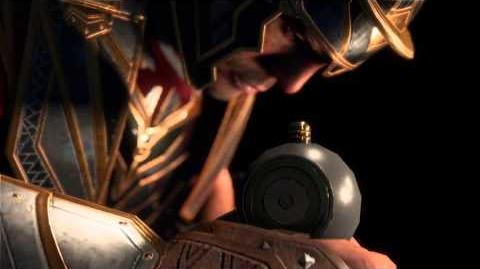 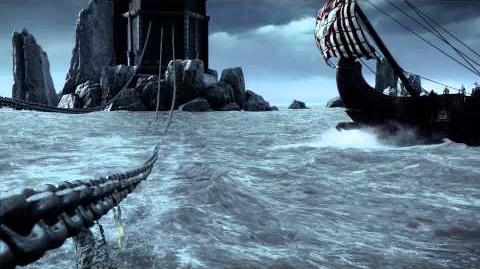 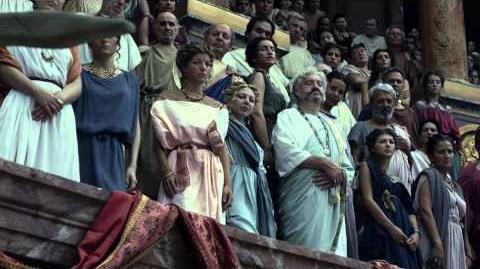 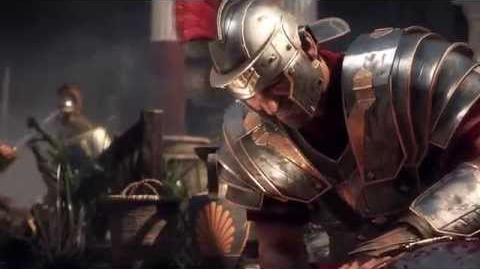 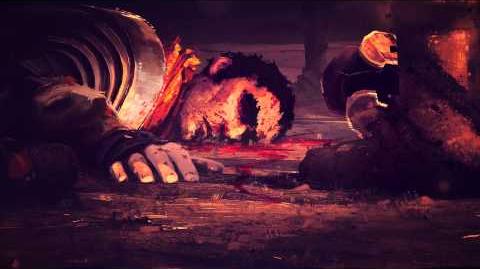 Ryse Son of Rome - The Legend of Damocles 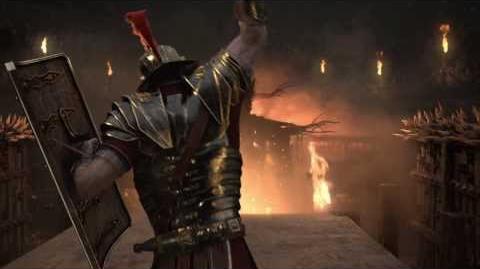 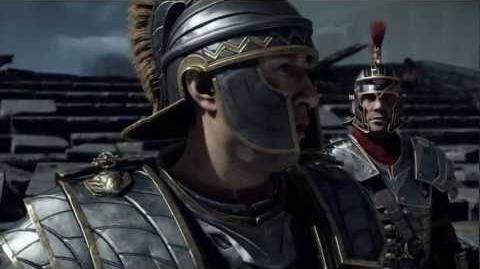 The Story of Ryse 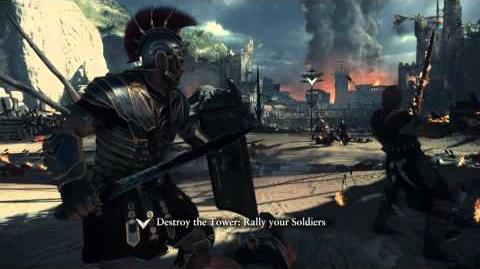 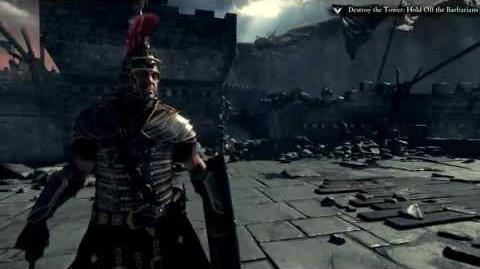 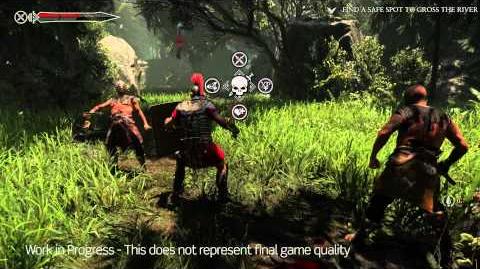 Ryse Son of Rome - Inside Look at Combat 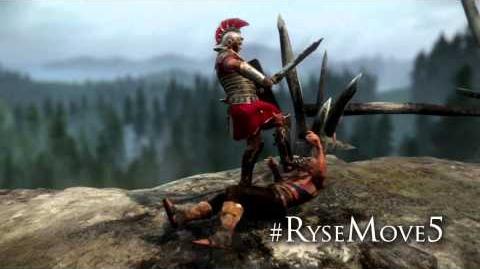 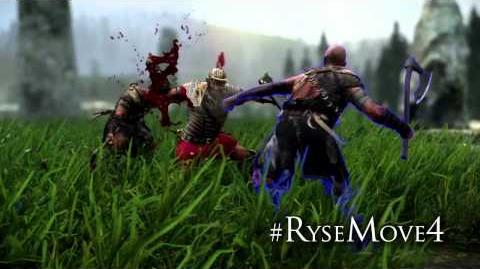 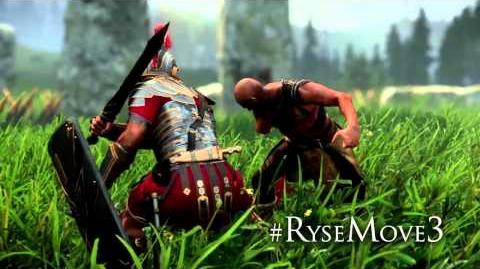 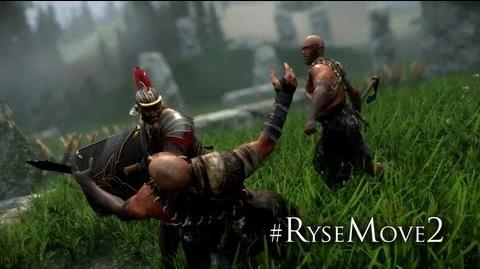 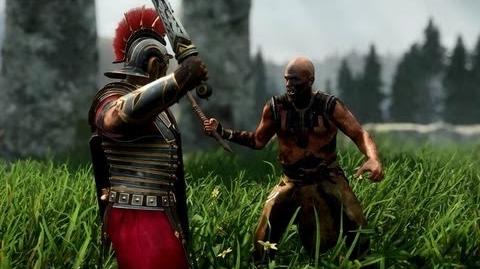 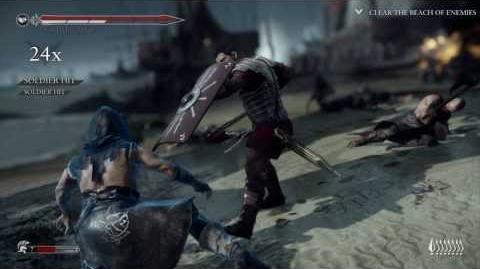 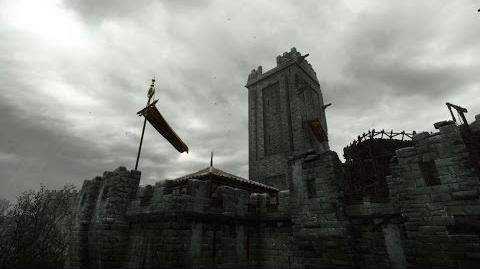 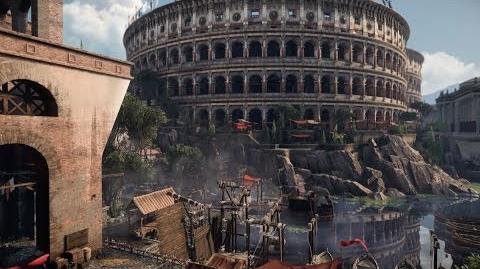 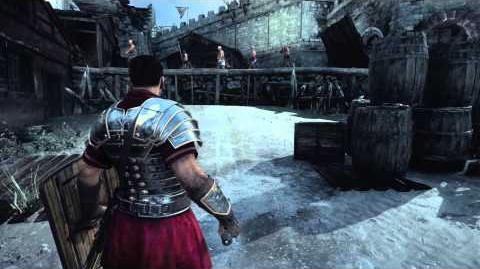 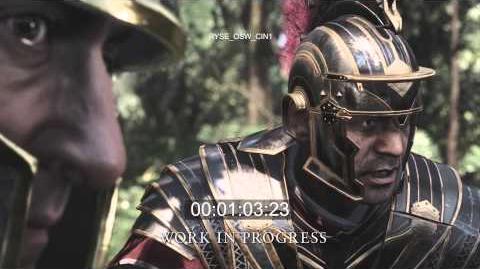 Ryse Son of Rome Behind the Scenes 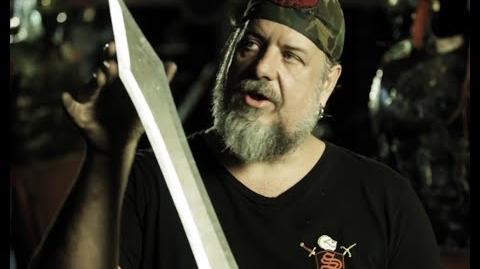 Forging the Armor and Weapons in Ryse Son of Rome 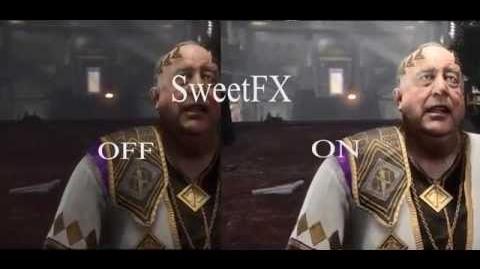